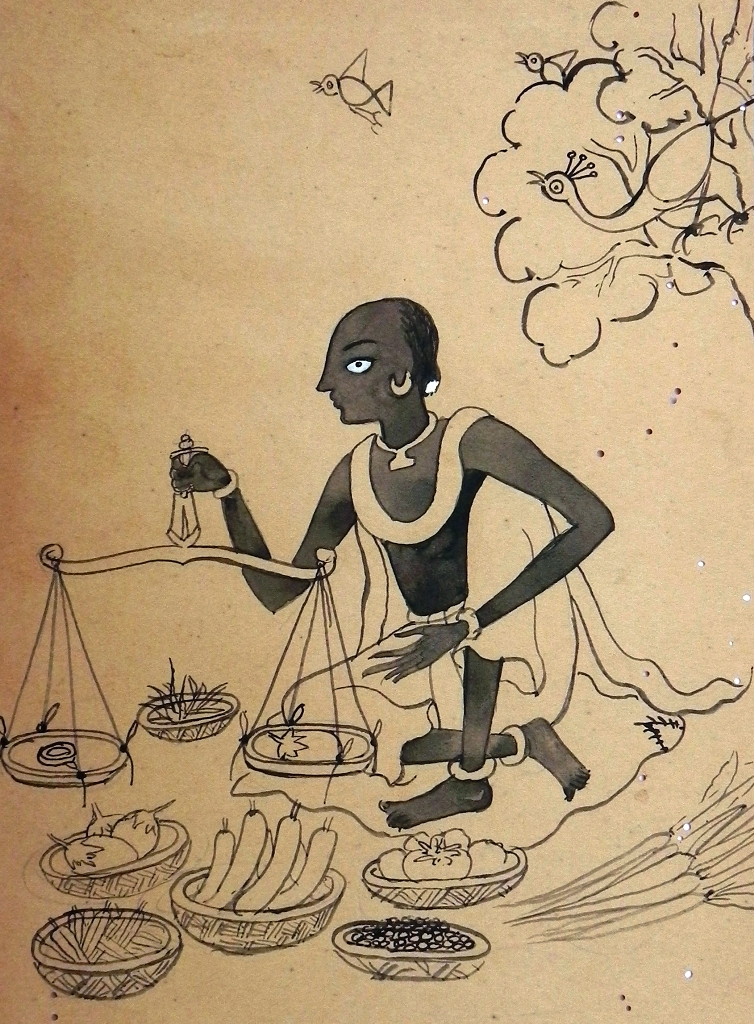 In Santhal community of East India, chiefly belonging to the states of West Bengal, Jharkhand and Assam, it was often believed the dead would wander in his after life without the eyes, if the deceased family did not pay the painter of Chaksudan Pat. The painter of Chaksudan painting would often carry a painted spirit similar to the dead, female/male, young/old, and visit the bereaved family members. Then the painter would draw the eyes of the dead spirit only if the family offers objects often depicted in the paintings themselves. To restore the eye sight of the dead, family would give anything to such magic painters.